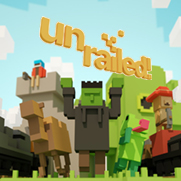 ASTON MARTIN V12 ZAGATO
The V12 Zagato launched in 2012 as the pinnacle of the Vantage range. It is also the latest expression of a successful creative collaboration that has given rise to a series of striking GT cars over the last half-century, the original and most iconic of which being the DB4GT Zagato.

2013 SRT VIPER GTS
Anyone with common sense will tell you not to mess with a Viper. This particular predator is the latest in the series of powerful two seaters, with 640hp developed through a massive V10 engine. This car’s venomous performance will top any opposition.

ABARTH 500
Originally released in 1949 as a car for the people, it was one of the first cars focused on urban driving. 65 years on this highly tuned hatch still owns the city streets, and with Abarth tuning under the hood, this car has a sting in its tail.